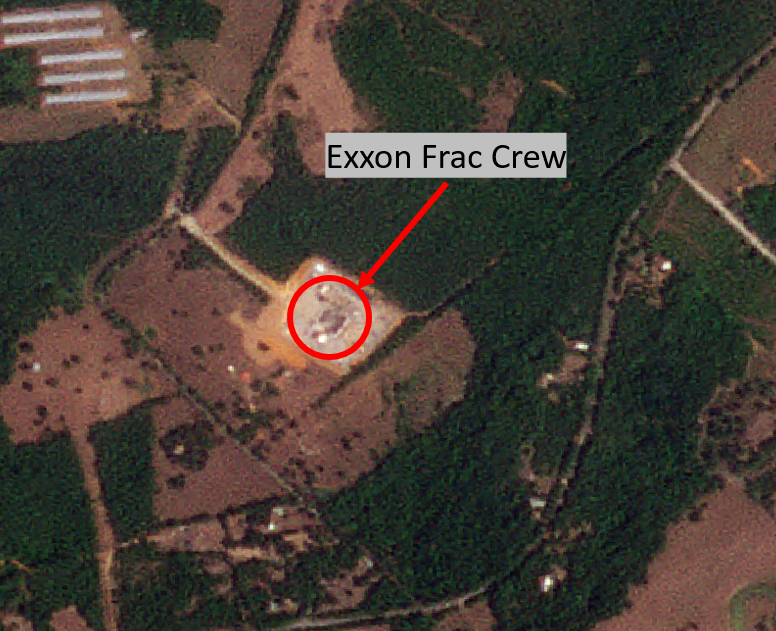 About those Haynesville Wells...

SynMax has detected the arrival of the first Exxon Mobile frac crew to visit the Haynesville in almost 20 months. As discussed in The Most Important Seven Wells in the Haynesville, these Exxon wells, now eight, could be completed in short order as Exxon tends to optimize the cost efficiency of mass completions. We estimate this well to have an initial production (IP) rate of 13,130mcf/d with some other wells in this group likely exceeding 20,000mcf/d average for their first month.

Why Does it Matter?

Beyond the production addition, Exxon's reentry into the Haynesville shows an increasing producer preference for gas over oil. With the frac crew ceiling still intact gas production's only path towards growth is through reallocation. Crews must move away from oily regions like Permian and Eagle Ford where IPs average 1,000mcf/d and into plays like the Haynesville where each crew is the effective equivalent of up to 20 Permian crews. 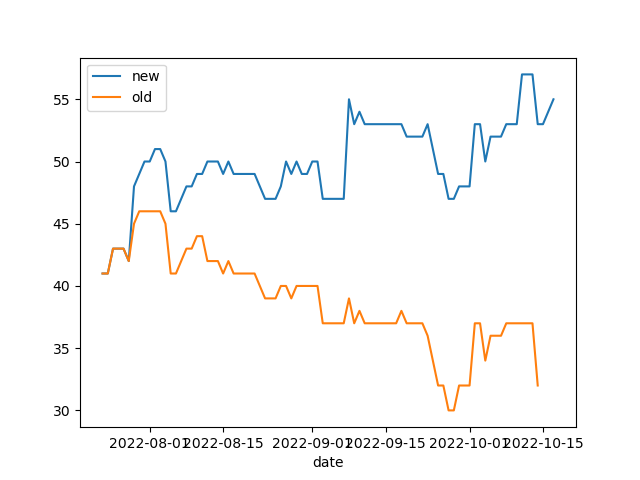 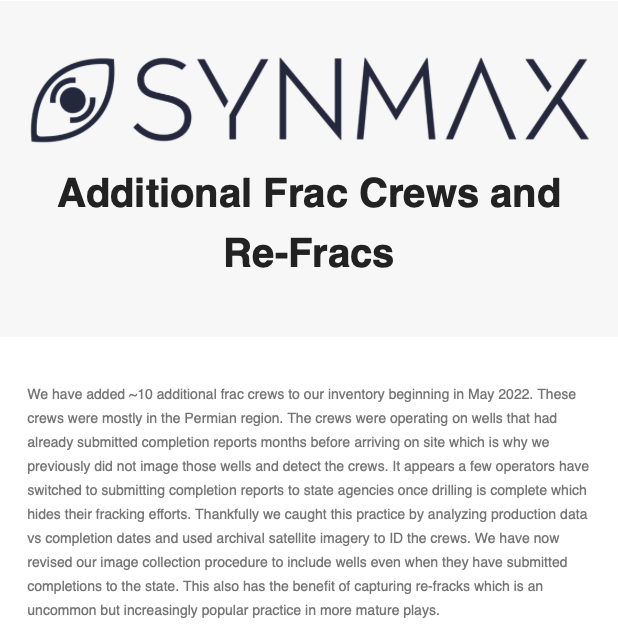 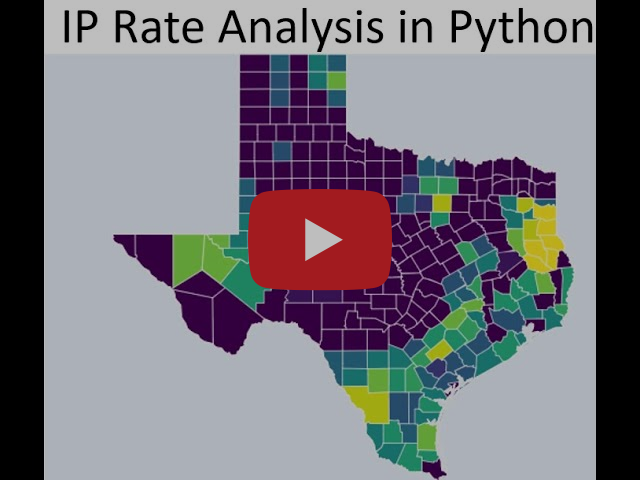